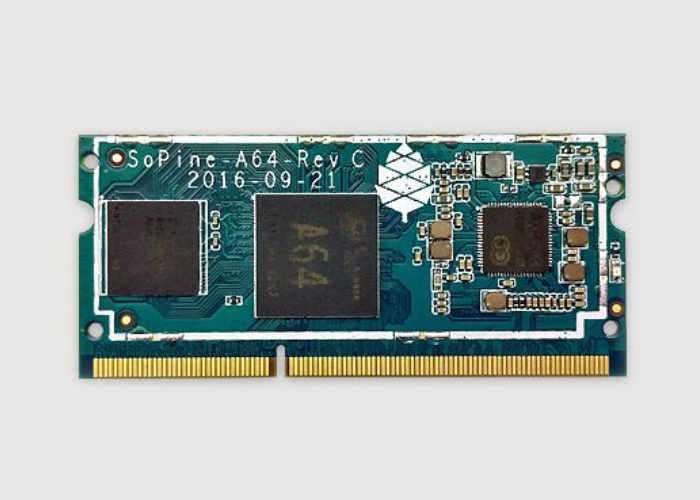 If you are looking even more RAM on a small modular sized mini PC then you might be interested in the new SOPINE A64 PC Card which is equipped with twice the RAM of the new Pi Compute Module 3 and is priced at just $29. Or you can buy the baseboard for $15 or buy a Baseboard + SOPINE A64 bundle for $35.

The main differences between the two mini PC modules is that the SOPINE64 uses an Allwinner processor rather than a Broadcomm CPU and PINE64’s model has 2GB of RAM rather than 1GB. Although the the SOPINE64 also lacks any built-in storage which makes it more comparable to the slightly cheaper Raspberry Pi Compute Module 3 Lite which is priced at $25.

The SOPINE A64 PC Card is expected to support Android and Ubuntu operating system although you will properly find there is a larger developer community working on Raspberry Pi compatible software.