Sony has shown off a new A mount prtotype camera at Photokinal, although Sony have not given this DSLR a name yet, it uses Translucent Mirror Technology and will features an Exmore APS HD CMOS sensor, and it is capable of Full HD video in 1080p, in AVCHD.

The details are asomewhat limited at the moment, it could possibly be the replacement for the Sony A700. 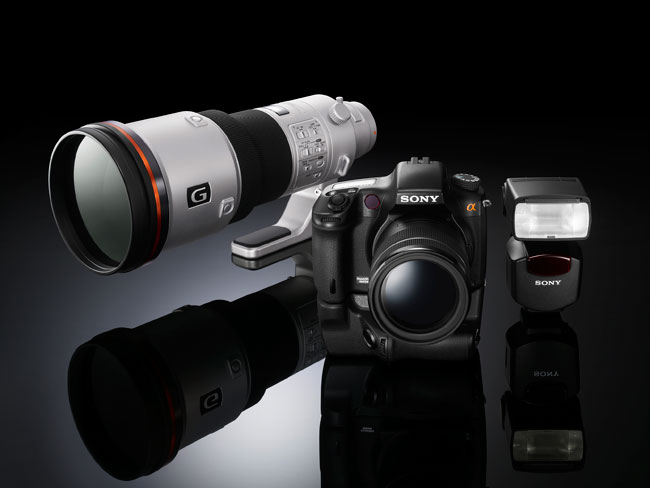 Shown for the first time in Europe, Sony exhibits a new advanced segment camera (prototype) that uses Translucent Mirror Technology. Aimed at photo enthusiasts and step-up amateurs, the new α model builds on the powerful creative possibilities of the first translucent mirror cameras from Sony, the α55 and α33, also on display. Unlike conventional DSLR cameras, this innovative design enables super-fast shooting responses with continuous AF during stills and HD video shooting in a compact body.