Sony announced a number of devices at this years CES, which include the new Sony Xperia Z smartphone and also the new Cybershot RX1, and now they have put together a video of the devices being put together.

The video below shows three devices being put together in a sort of reverse teardown, and as well as the Sony Xperia Z and the Cybershot RX1 it also includes one of their new HD camcorders. 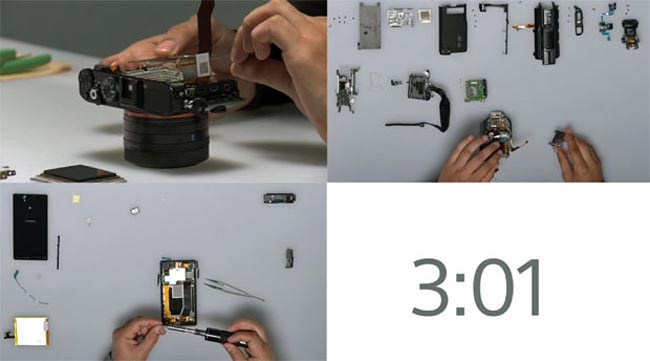 We suspect that this isn’t how these devices are out together on Sony’s production line, and the majority of the building of each device will probably be automated.