Sony has released a video showing their new Sony Xperia Tablet Z being taken apart, and you can see what is inside this new Android tablet from Sony in the video below.

The Sony Xperia Tablet Z was announced back in January, and has gone on sale in Japan today, it will also launch in the US and Europe shortly, the device comes with Android 4.1 Jelly Bean and it features a 10.1 inch full HD display with a resolution of 1920 x 1080 pixels. 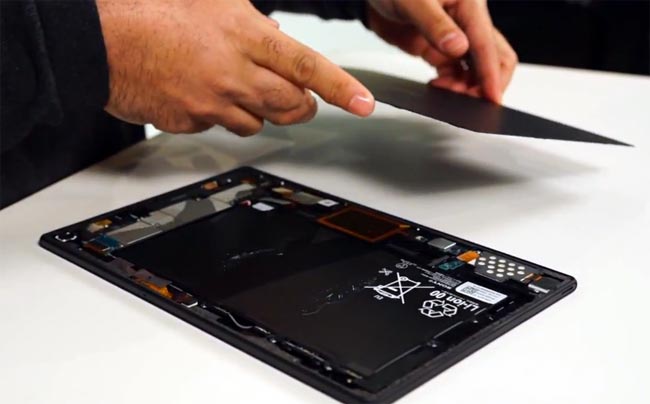 Other specifications on the Sony Xperia Tablet Z include a quad core Qualcomm APQ8064 processor clocked at 1.5GHz, plus 2GB of RAM and 32GB of built in storage, and there is also a rear facing 8.1 megapixel camera with Sony’s Exmor R sensor.