Sony is expected to release the Android 4.1.2 Jelly Bean update for their Xperia S smartphone some time around April of this year, and now it would appear that some screenshots of the build have been leaked for the handset.

The screenshots below were posted on the XDA developers forum, and the update will apparently bring a new lock screen to the handset, plus some new power management features and more. 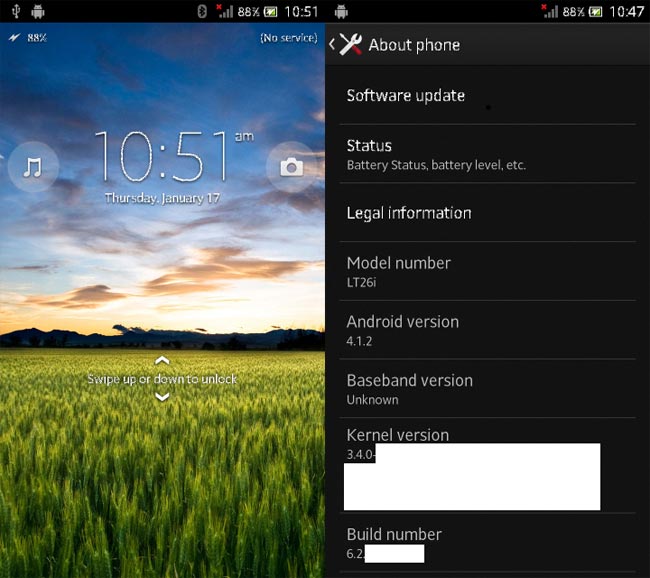 You can see lots more photos of the leaked screenshots of Android 4.1.2 Jelly Bean on the Xperia S over at the XDA Developers, as soon as we get some more information on when it will be available we will let you guys know.