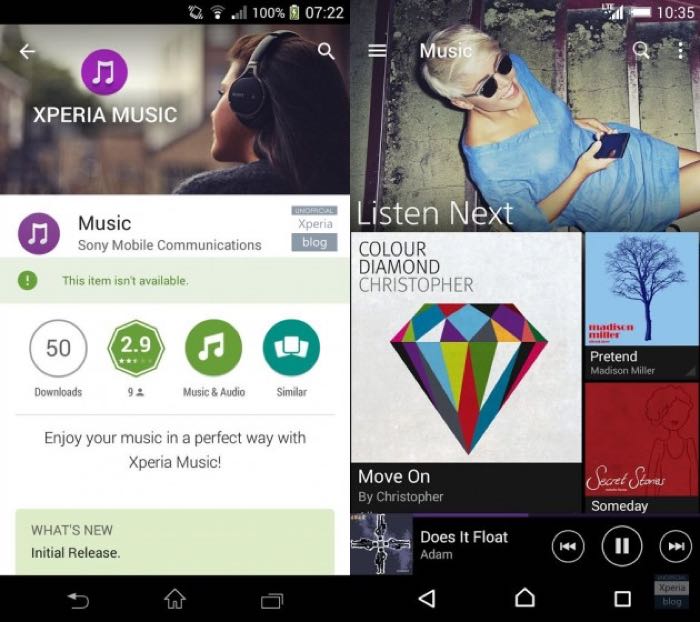 Sony is getting ready to replace their Walkman application on their Xperia smartphones with their new Xperia Music app.

Now it looks like Sony has added their new Xperia Music app to the Google Play Store, although the app cannot be updated at the moment.

The Sony Xperia Music app appears to be basically the same app as the current Walkman app, the major difference is that the new app will be updated through Google Play rather than through Sony’s update center.

As yet there are no details on when the new Sony Xperia Music app will be made available to download on the Google Play Store, as soon as we get some more information, we will let you guys know.