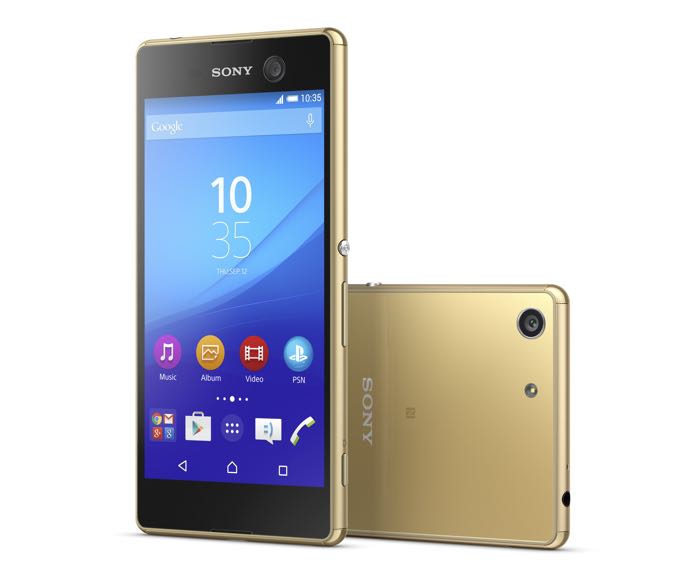 Earlier this month, Sony released the Xperia M5 smartphone which is expected to go on sale in some countries later this month, although there was no mention of the list of countries or prices in specific regions.

According to a new report from a Taiwanese publication ePrice, the Sony Xperia M5 will cost TWD 12,900, almost $410.

This is a decent price for a handset as good as the Xperia M5, which features a 5-inch full HD display sporting a resolution of 1,920 by 1,080 pixels. The processing is handled by a 64 bit MediaTek Helio X10 Octa core processor clocked at 2GHz paired with 3GB of RAM.

The handset also boasts a 21.5MP rear shooter for photos and videos as well as a 13MP front-facing camera with full HD video recording capabilities. As far as the storage is concerned, it ships with 32GB of internal storage coupled with a microSD card slot should you ever require more space.

Other features include WiFi, Bluetooth, 4G connectivity, a 2,600 mAh battery, dust and water resistant, and ships with Android 5.0 Lollipop as its operating system out of the box.

We’ll update you as soon as the handset goes up for sale in any region. Anyone interested in picking up the Xperia M5?