It looks like Sony may be the latest company working on a large screen smartphone, as a photo had been leaked of a Sony branded display which measures 6.44 inches, you can see the display in the photo below, which was posted to Chinese language website Difi-wo forum.

Sony just recently announced their Xperia Z, which features a 5 inch display, and the company also mentioned recently that they would be concentrating on higher end devices. 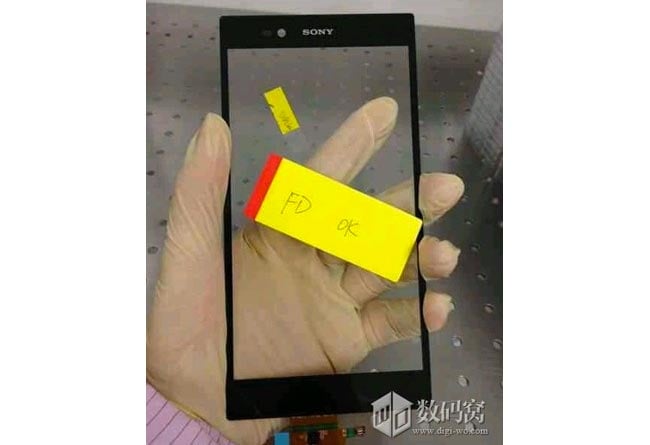 As yeah we do not have any specifications on this 6.44 inch smartphone from Sony, what we do know is that it will feature a full HD resolution of 1920 x 1080 pixels, as soon as we get some details we will let you guys know.