After being leaked nearly a month ago Sony has now officially announced the launch of their new Sony Vaio Duo 13 Slider Hybrid Ultrabook, which has been designed to run Microsoft’s latest Windows 8 operating system.

The Sony Vaio Duo 13 slider ultrabook case is constructed from carbon fiber and it weighs in at 2.93 lbs, and measuring just 0.77 inches thick. 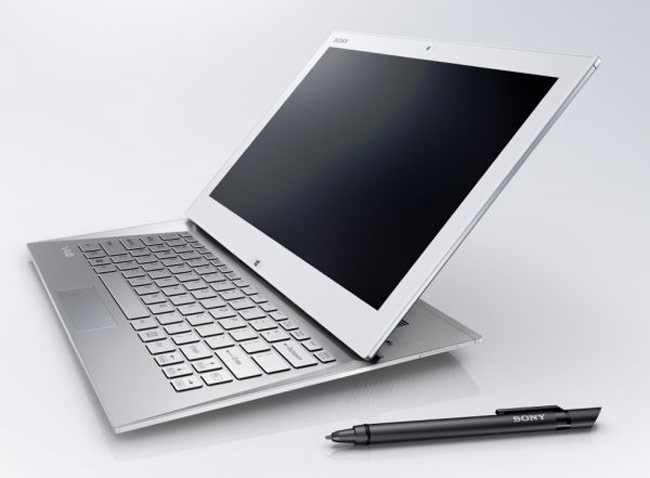 Sony has fitted the Vaio Duo 13 tablet with a 13 inch screen offering a Full HD resolution of 1920 x 1080 pixels, and is fitted with an 8 megapixel rear facing camera.

That features the Exmor RS for PC image sensor and makes it possible for the first time to take images of documents clear enough for the computer to recognise and tag text that might be in the photographs when combined with the CamScanner app. Pedro LaFarga, SVP, Sony VAIO & Networked Products Division explained in the press release issued this week.

“By combining the power of Sony’s display, digital imaging and sound technology with new and innovative form factors, VAIO is offering a variety of new ways for consumers to interact with their PCs,”-“The PC landscape is undergoing a tremendous amount of change and Sony VAIO is leading the transformation with new ultra-portable devices that enhance and enrich individuals’ lifestyles in both work efficiency and play.”

The Sony Vaio Duo 13 Slider Hybrid Ultrabook will be arriving in stores during JUne and will be priced at $1,399, and will be available in both black and white finishes. 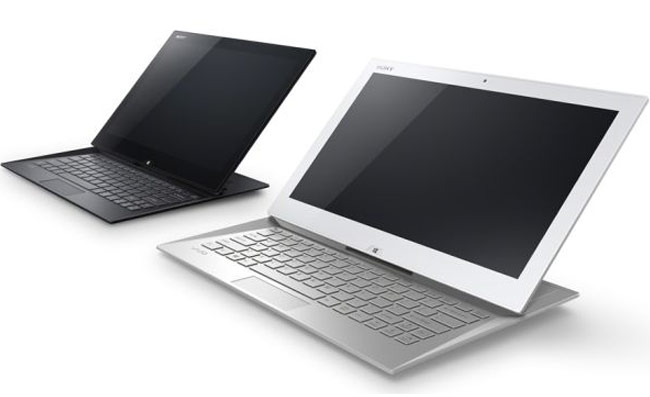