It looks like Sony has a new 13 inch slider tablet in the works, as a leaked video showing the device has been posted online over at Notebook Review, the video is apparently a training video form UK retailer Dixons.

The new Sony Slider 13 inch tablet will apparently come with a 13 inch display and is powered by an Intel Core i5 processor and comes with 4GB of RAM and a 128GB solid State Drive. 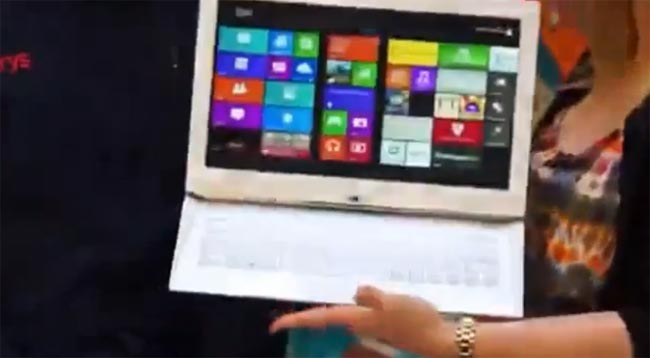 The 13 inch display on the Sony Slider 13 is apparently one of Sony’s new full HD Triluminos displays with a resolution of 1920 x 1080 pixels, and the device will also come with an 8 megapixel camera with Sony;s Exmor RS sensor.

There are no details as yet on exactly when this new Sony Slider 13 Windows 8 tablet will launch, as soon as we get some more information we will let you guys know.