This week Sony has unveiled their new Call of Duty: Black Ops 160GB Playstation 3 bundle which will be arriving on May 31st and be available at retailers nationwide for $299.99.

The Limited edition PlayStation 3 comes with a copy of Call of Duty: Black Ops and a handy 160GB of storage, but also comes with a new First Strike Content Pack, featuring five new multiplayer maps together with the new zombie experience. 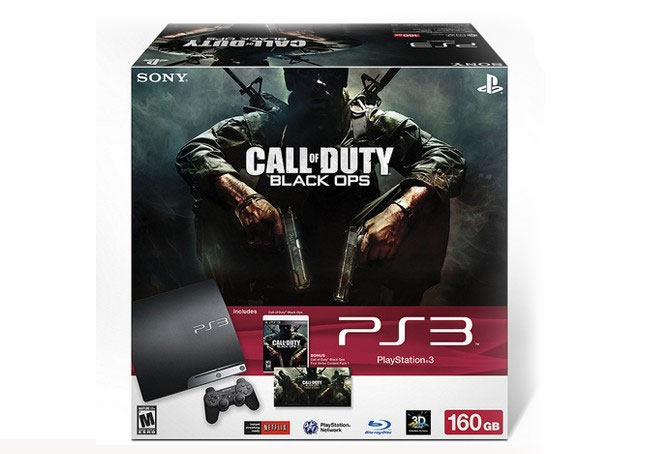 If you don’t have a PS3 and are thinking of making the jump even after the recent spate of hacking aimed at Sony’s online gaming empire. This Call of Duty: Black Ops PS3 bundle would be a good starting point. But don’t forget to check out our other posts, especially about the new Call of Duty: Black Ops Escalation and the Easter Egg’s that have been revealed.