Sony has now officially unveiled its new replacement for the Sony A700 DSLR in the form of the A77 pictured below, sporting a transparent body. The A77 will be fitted with the newly developed semi-transparent mirror  with “Translucent Mirror Technology” and the newly developed “Exmor” APS HD CMOS sensors. Allowing for advanced, real-time autofocus while capturing stills or HD video.

No mention has been made on exact specific specification of the new Sony A77 but its thought that when the new DSLR is launched its expected to be fitted with a 20 megapixel sensor. 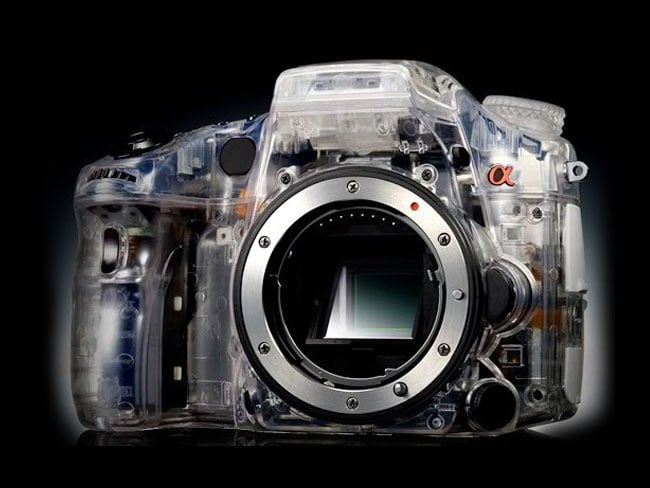 Sony has also hinted on a new battery grip and a new flash for the A77 but details on these features are also thin on the ground at the moment. One thing that is fairly certain is the new Sony A77 will shipping later this year and as more details become available we will let you know.