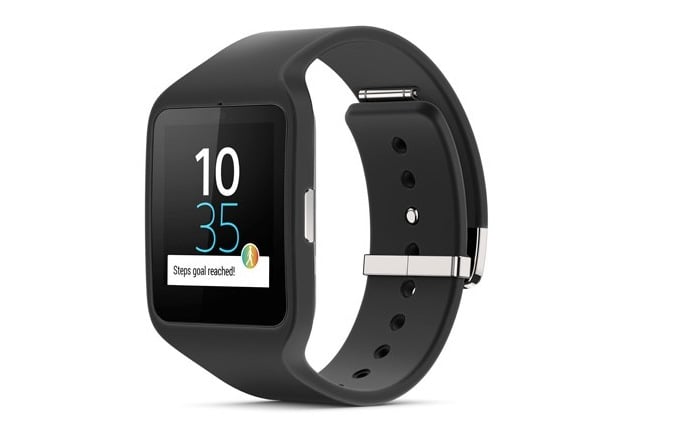 Last month, Sony unveiled their Smartwatch 3 wearable at IFA 2014 in Berlin. The new smartwatch is powered by Google’s Android Wear operating system, designed to work as a companion app for Android devices.

Recently, the Sony Smartwatch 3 popped up in the Google Play Store carrying a $249.99 price tag, but it’s currently listed as “coming soon.”

Several new products popped up in the Google Play store lately, including the new Nexus line up as well. The Nexus 9 and Nexus Player are up for pre-orders.

Sony Smartwatch 3 comes with a 1.6-inch TFT LCD Transflective display sporting a resolution of 320 by 320 pixels, and features a stainless steel back panel for a premium look. The smartwatch comes with IP68 certification which makes it water and dust resistant — it can be submersed in water for up to 30 minutes.

There’s a 420 mAh battery which can provide users with an up time of almost two days on a single charge. As far as the compatibility is concerned, it runs fine with Android devices running Android 4.3 Jelly Bean or higher.

There’s no word about its availability in the Google Play store, but we’ll update you as soon it gets listed. Anyone planning to pick up a Sony Smartwatch 3?