The new PS Vita PulzAR game takes your surroundings and incorporates them into the game for you to enjoy. Players control a network of laser powered rockets to blast asteroids into dust before they reach earth. 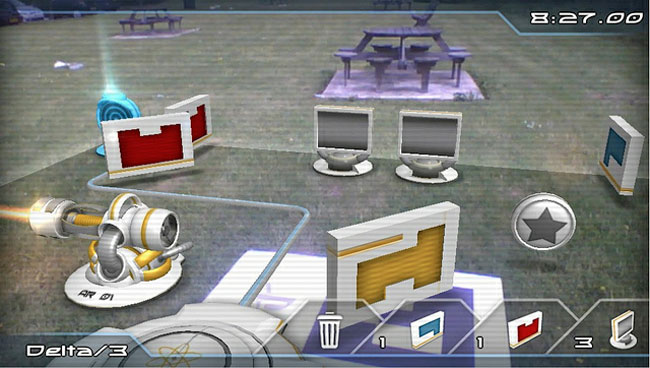 “Earth is in grave danger, somewhere just beyond our planet’s outer atmosphere five giant asteroids are heading on a deadly collision course with the planet. It’s up to you!

The first Play Card placed is used as the Arena card and draws the level out, then the puzzles use up to 5 Play Cards to place the three types of objects in the game; Reflectors, Splitters and Color Filters.”