As well as unveiling their new PlayStation 4 Project Morpheus virtual reality headset at this years Game Developers Conference. Sony has also announced that a selection of new applications are on their way to their PlayStation Vita handheld games console.

The new incoming apps which have been created for the Sony PlayStation Vita include : Crunchyroll, NHL GameCenter LIVE, Qello Concerts, Gaiam TV, Hulu Plus and Redbox Instant. More information is available on each after the jump. 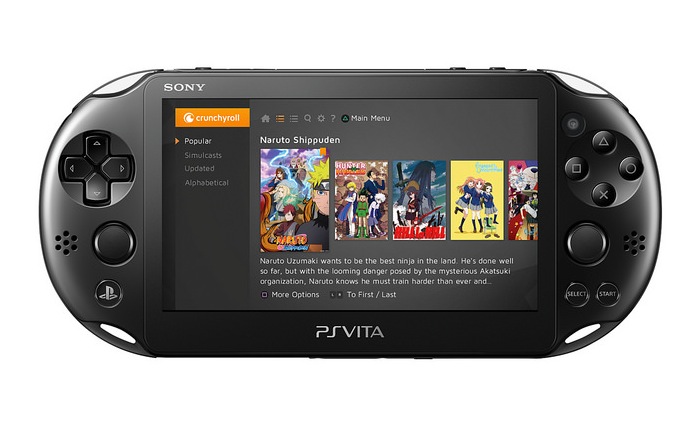 Crunchyroll — Watch the latest and best selection of Anime from Japan, including Naruto Shippuden, Attack on Titan, Kill la Kill, Hunter × Hunter and many more, as early as one hour after Japanese broadcast.

Qello Concerts — You can now watch your favorite artist’s full-length performances in HD whenever and wherever you want. Qello Concerts streams the largest collection of HD concerts and music documentaries right to your PS Vita, including popular artists such as Coldplay, Linkin Park, Nirvana, Bob Marley, Beyonce, and so much more. With Qello Concerts, the concert never ends!

Gaiam TV — From energizing yoga and fitness classes to inspiring documentaries and cutting-edge programs, Gaiam TV takes you beyond the boundaries of mainstream media to reveal new perspectives for our changing world.

Hulu Plus — Hulu Plus offers unlimited instant streaming of current hit shows like Family Guy, The Simpsons, Modern Family and Brooklyn Nine-Nine as well as original series including The Awesomes and The Wrong Mans for $7.99/month with limited advertising. (Available March 25)

Redbox Instant by Verizon — Redbox Instant by Verizon is offering new subscribers a free month of movies. Subscribers can stream from a library of Hollywood hits on PS Vita and receive four DVD or Blu-ray rental nights every month for new releases at the Redbox kiosk. You can also purchase or rent the latest movies on demand in the digital store. (Available March 25th 2014)