Benchmarking apps have become a great source of leaked information for new smartphones before the handsets are actually released, we have seen a number of Sony devices revealed through benchmarking websites and apps.

Now it would appear that Sony is using a new tactic to stop details of its new handsets and also prototype handsets being revealed before they are officially announced. 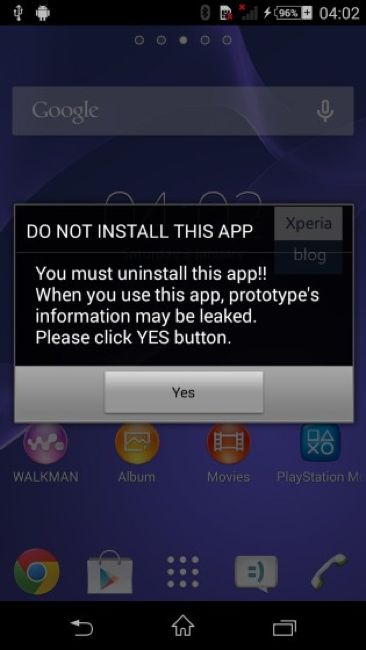 Sony is now apparently blocking benchmarking applications from being installed on prototype handset, as you can see in the photo above which was sent o the Xperia Blog.

The photo above shows what happens when a benchmarking application is installed on a Sony prototype device, the user is forced to remove the application from the handset.

It will be interesting to see if this new tactic will help Sony from having details of their latest smartphones leaked, as many have been leaked months ahead of their official announcement.