Promo pictures have just leaked of the new Sony Eclipse, an all-purpose media player whose nifiest feature is being solar chargeable. 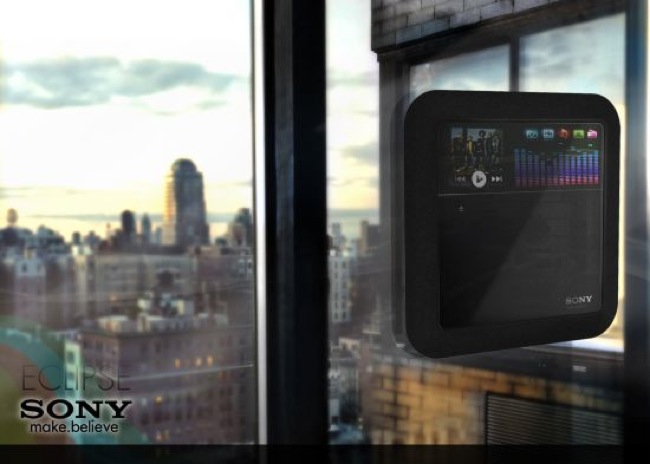 As the picture suggests, you stick this thing to your window and let the photovoltaic cells within juice up on the sun.

Besides its eco-friendliness, this Hoang Nguyen-designed concept looks pretty standard with its touchscreen and other specs like WiFi, Bluetooth and a USB port or two.

However, bloggers have been quick to speculate about its utility as a solar powered device, noting that an alternative built-in power source must be necessary in case of bad weather or if it happens to go dead at night.

Despite the skepticism, there seems to be a common consensus regarding its choice of name: Eclipse is quite fitting.

In case you missed it, we mentioned the Sony Eclipse is still in concept phase so we’ve got nil about actual hardware/software or when it’s coming out. When it does though, expect it to be a certified awesome device.