Sony has unveiled its new entry level A65 DSLR camera this morning which is a pared-down version of its A77 model. The Sony A65 is however fitted with a 24-megapixel Exmor CMOS sensor, and is capable of 10 frames per second shooting with continuous autofocus. With an ISO range stretching from ISO 100-16,000.

Its also equipped with a standard 18-55mm f/3.5-5.6 lens and its AF system is a little more scaled down when compared to the A77 as you would expect. Its constructed from polycarbonate and incorporates a XGA OLED Tru-Finder featuring an 2359k dot (XGA) resolution screen on its rear. 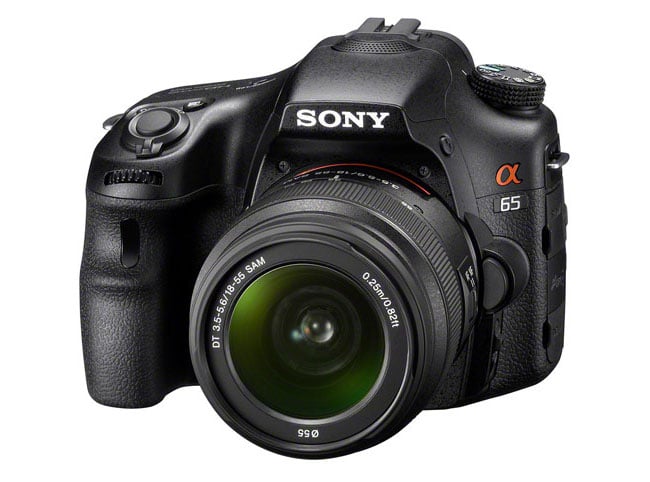 Together with a 7.5cm (3.0 inch) Xtra Fine TruBlack technology LCD and offering high 921k dot resolution. The new Sony A65 DSLR will be available as a body only for $899 or with the kit lens for $999.