Sony Australia has posted up some specifications and images of the new a3500 DSLR camera. The camera looks to be a nicely features camera that will sell at a reasonable price. The a3500 features a 20.1MP Exmor APS HD CMOS senor and has an ISO range that goes up to 16000. 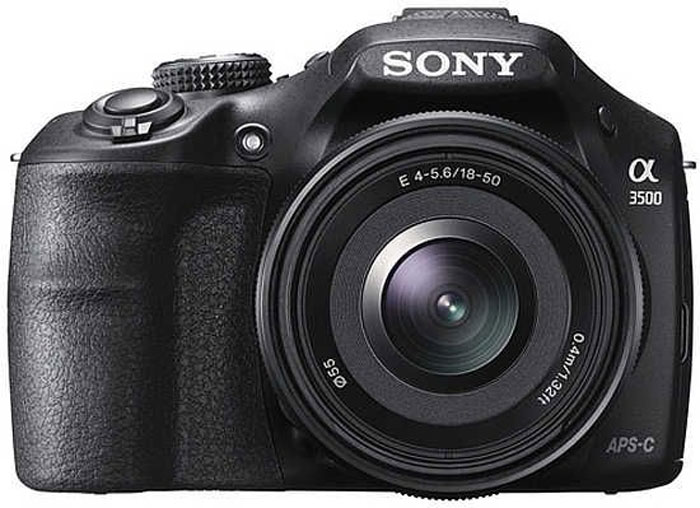 Sony also equips the camera with an electronic viewfinder and the ability to record full HD resolution video. Other features include automatic object framing and picture effects built in. The camera is compatible with Sony E-mount lenses and has a built-in flash. The camera has 25-point autofocus and several focus modes.

As you would expect on a modern DSLR camera it has a number of automatic and manual controls and modes. The rear LCD of the camera is 3-inches wide and has a resolution of 230,400 dots. Among the special features of the camera are face detection supporting up to eight faces automatically. The camera also has smile shutter functionality to help you get a nice photo when everyone in it is smiling. Burst shooting at up to 2.5 fps is supported for up to six frames. Pricing is tipped at AU$499 with a kit Sony E 18-50mm lens.