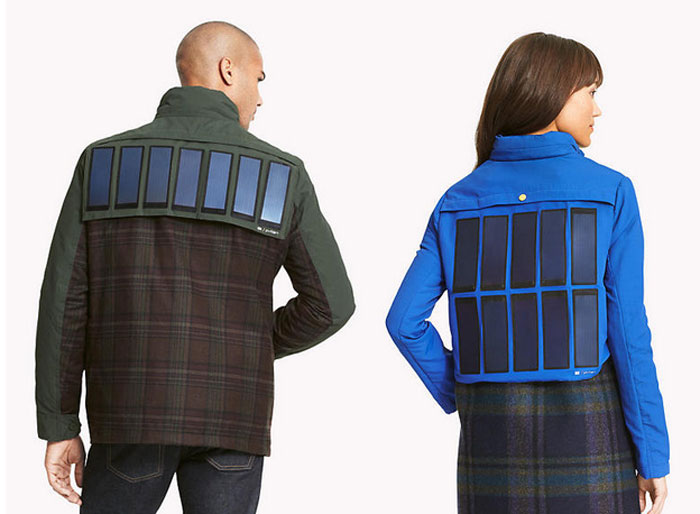 Clothing designer Tommy Hilfiger has teamed up with solar panel company called Pvilion to design a limited edition jacket with versions for men and women. The jackets are made in a tartan design and have removable solar panels on the back. Those solar panels are flexible and are intended to charge a battery pack inside one of the front pockets.

That battery pack has a pair of USB ports for connecting to your mobile device. The battery pack apparently has around 6,000 mAh of power inside. It’s unclear exactly how long it will take to charge the battery pack using solar power along, likely a long time. What we do know is that the battery pack is removable so you can plug it into an outlet to charge fully for use on the go.

I think the jackets look quite unattractive with the solar panels attached. The panels are more of a tacked on afterthought than something integrated into the design in an attractive fashion. The jackets are also quite expensive at $599 each with 50% of the proceeds going to the Fresh Air Fund. You can purchase either jacket via the Hilfiger website and in some retail locations. 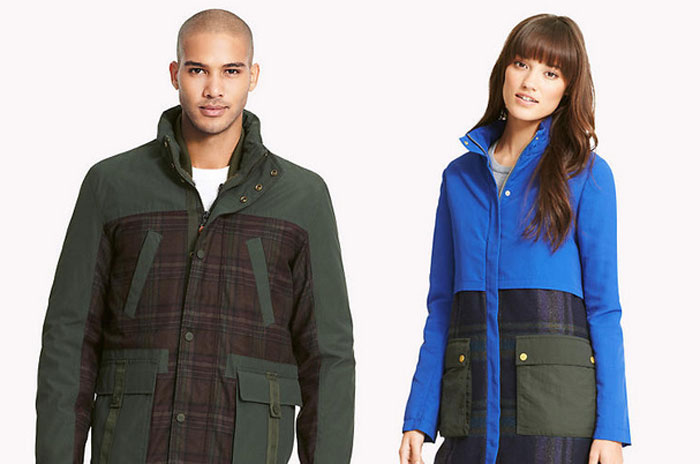