Sony Online Entertainment has this week unveiled new technology called SOEmote they have developed, that allows gamers to show their real-life facial expressions in game.

Currently the new facial expression technology is on trail in the Sony EverQuest 2 game. Enabling gamers avatars in game to replicate their facial expressions in real-time. Watch the video after the jump to see it in action. 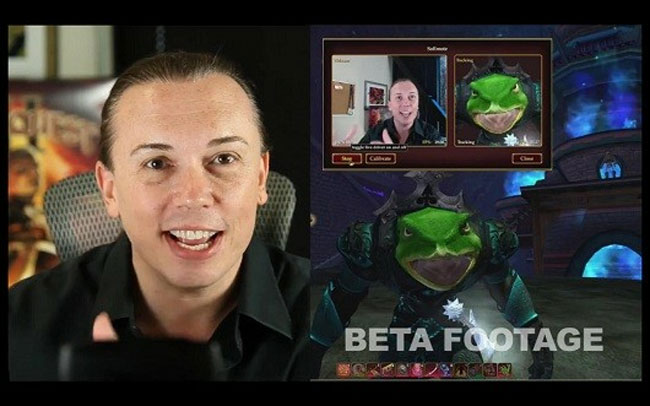 SOEmote is able to track 64 points and create around 100 expression measurements per frame, providing over 5,000 measurements per second. EQ2′s Director of Development David Georgeson and the CEO of the company that developed the technology, Robert Gehorsam explain:

“You’re you for 24 hours a day, 365 days a year. When you play a MMORPG, you get to be someone else. Someone bigger than life that can be heroic or evil, passionate or savage, but someone that lets you stretch out beyond the normal RL envelope of life while simultaneously becoming legendary, fighting dragons and demons and saving the world. SOEmote lets you do that in a fashion that you’ve never experienced before.”

More information about the new SOEmote technology is available from the PC Gamer website.