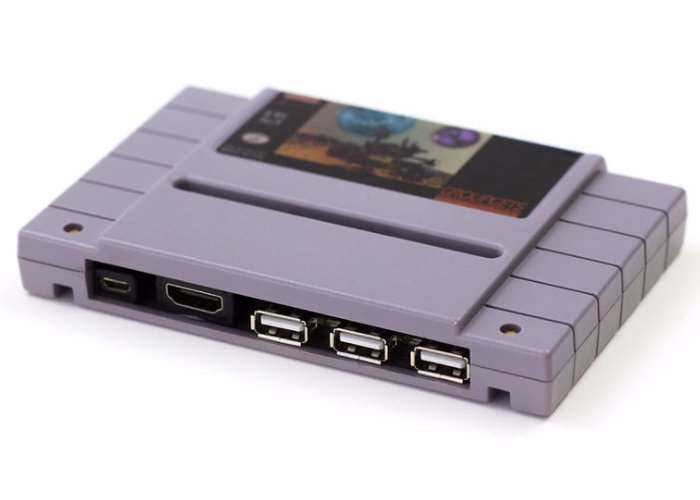 If you have any old Super Nintendo game cartridges lying around and would like to protect your Raspberry Pi Zero mini PC. You may be interested in the SNES Pi: Zero, an entire retro gaming system inside of a SNES game cartridge.

The easy to carry out modification will apparently take approximately two hours and full instructions have been provided over on the Hackster.io website.

The project creator and Hackster.io member GroupGets explains more about the inspiration behind the project:

This project was inspired by the “Pi Cart: a Raspberry Pi Retro Gaming Rig in an NES Cartridge”. I thought it might be interesting to see if everything could be crammed into the even smaller SNES cartridge, there was just barely enough room! This project uses the Raspberry Pi Zero W, this was chosen because of how easy it is to emulate roms thanks to RetroPie. The Zero is also pretty small and powerful enough to run pretty much any game pre-N64.