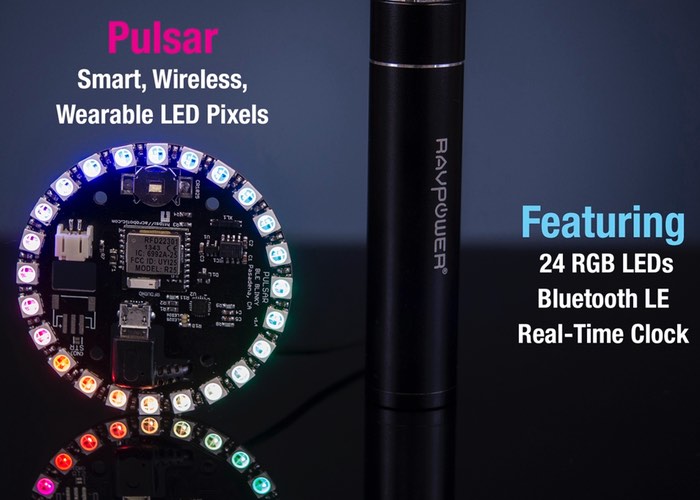 That is capable of offering a number of features as well as being able to be controlled using your smartphone using the already created companion application that is free to download.

The system is powered by a portable rechargeable battery and the wearable LED pixel is capable of expanding your current projects, as well as being connected to other projects such as the ISS above. Allowing you to receive a visual notification when the International Space Station is above you.

Watch the video below to learn more about this handy smart wireless LED pixel hardware that is now available to back over on the Kickstarter crowdfunding website.

We’re big advocates of the Open-Source movement. We stood on the shoulders of giants we’ve been able to achieve our goals without having to re-invent the wheel at each turn. Our LED libraries build on prior work by Phil Burgess & Limor Fried, Paul Stoffregen and Tim Bösck.

Our hardware and iOS Apps build on the work by the very talented RFDigital Engineers. We pay it forward by also releasing all our code an design files under an Open-Source License.

To own one of the very first devices off the production line jump over to the Kickstarter website and make a pledge from just $35 via the link below.