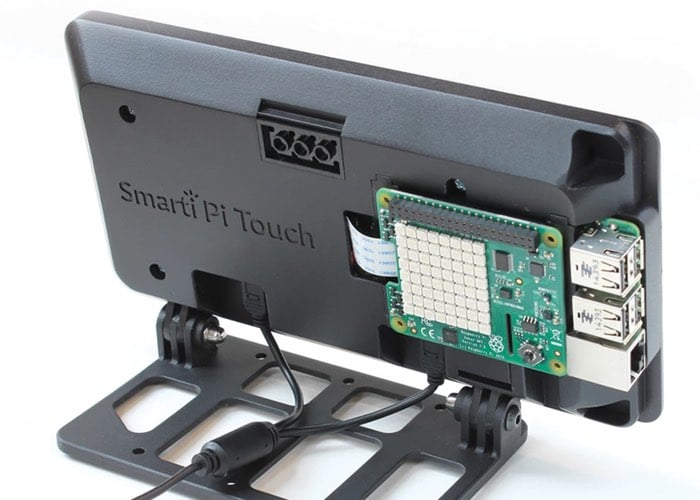 Tom Murray an Industrial Designer and serial Kickstarter entrepreneur has taken to to the crowd funding site once again this week to launch a new campaign for the SmartiPi Touch Raspberry Pi Touch display case and stand he has created.

The SmartiPi Touch has been designed to provide the ability for users to add additional Pi HATS as well as provide for camera functionality, the case is also equipped with wall mounting fixtures, check out the video below to learn more.

Its creator explains a little more about design, inspiration and functionality of the SmartiPi Touch case and stand:

The ribbon cable that comes with the display connects into the Raspberry Pi DSI port. The stand has a pivot that allows you to adjust the angle of the screen. The included Raspberry Pi camera case adds tons of versatility and utility to the case. This is a very unique feature and I am excited to see what users do with the camera case.

The SmartiPi Touch project is currently over on the Kickstarter crowd funding website looking to raise $12,000 in pledges to make the jump from concept to production.

So if you think SmartiPi Touch is something you could benefit from, visit the Kickstarter website now to make a pledge from just $20 and help SmartiPi Touch become a reality.