Have you ever left the lights on in your house for days at a time and then gotten a ridiculously crazy electric bill the next month? Can you imagine how much cities have to pay to keep all the street lights on and maintained every day? The cost is astronomical, but it could be diminished quite a bit due to Dutch designer Christian Shuh’s new streetlight design called Tvilight.

Christian Shuh’s new streetlights are designed to light up only it senses people around through its wireless sensors. When people aren’t around, the streetlight dims, using the least amount of power possible while still lighting the street enough for oncoming vehicles and pedestrians to see where they’re going. The system is designed to recognize the difference between people and animals, so it won’t cut on unnecessarily. 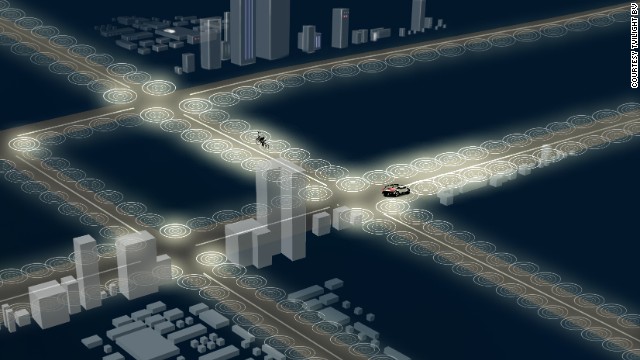 Europe currently spends about $13 billion a year to keep streetlights on, which accounts for more than 40% of its total energy bill. On top of that, Europe’s streetlights emit 40 million tons of CO2 each year, which is equivalent to an extra 20 million vehicles. Shuh’s design could drastically reduce the entire continent’s energy cost and CO2 emissions at the same time.

These lights have already been implemented in a few municipalities in Holland and one in Ireland. Multiple countries, including the United States, have expressed interest in implementing the design. Hopefully in a few years the entire world can be optimally fit with lights that don’t waste energy like the ones we use today.

Do you think the massive cost and effort of replacing all the streetlights in a country is worth the hassle of 80% less emissions and 50% less energy costs per year? I think so.