Skyrim fans looking forward to tomorrows release of the new Skyrim Dragonborn DLC for Xbox 360, would would rather find out from the game what it includes, should look away now as a SPOILER ALERT!!! has been issued. 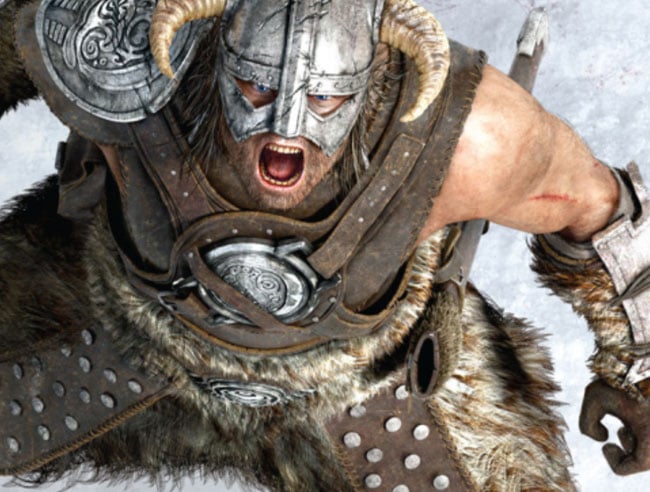 Its still not been announced by Bethesda when the Skyrim Dragonborn DLC will arrive on PC or PS3 if ever.

“New shouts include : Cyclone to create a tornado, and Battle Fury to buff someone else in a similar way to Elemental Fury. Dragon Aspect doesn’t turn you into a dragon, rather it summons flashy dragon armour, gives you stronger shouts, stronger melee attacks and summons an Ancient Dragonborn to fight with you when low on health. You can only use this once a day.

There’s a new ring that allows resurrected creatures to explode into frost and fire damage, apparently.

New spells and enchantments : are Poison Rune; Whirlwind Cloak; Ash Shell: encase enemies in ash (paralyse) or slow them down with damage; Waterwalking (enchant and spell) and staff enchanting.

There are five books each offering one of three active effects presumably for your armour, and there’s an Achievement for collecting them all. The effects are Mora’s Mercy, Mora’s Wrath and Mora’s Agony. There’s no detail on their stats.

There’s one new quest you can only start if you’re level 81 called Ebony Warrior.

There are new dragon types to encounter as well as a new Dwemer automaton (a walking Dwarven ballista). There are werebears, the hostile Morag Tong fighters, a serpent-like creature the tester wouldn’t specify, Ash Spawn, Rieklings and Lurkers. Lurkers are apparently a real challenge; they’re as big as giants, have loads of health and dish out a lot of damage.

You can buy new houses on Solstheim, and apparently the final battle against the first Dragonborn will be more than you at first expect.”