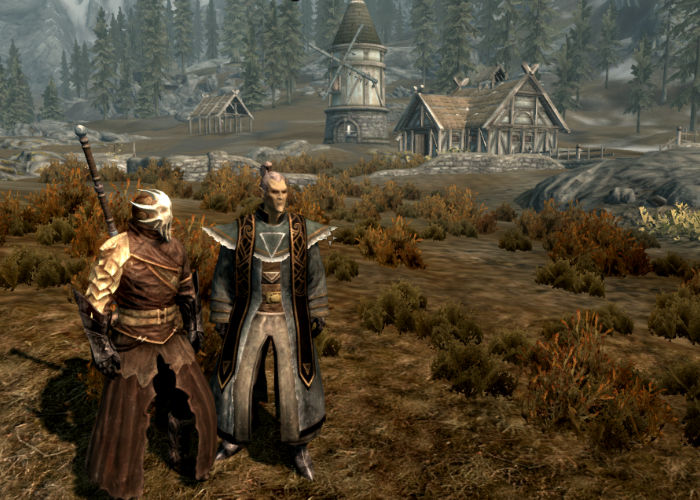 The awesome Elder Scrolls Skyrim game created by Bethesda and first launched back in 2011 has since been launched on a number of different devices including virtual reality platforms. Launched as a single player action role-playing game, developers working on a new cooperative modification for the Skyrim game, Skyrim Together will soon be entering its closed beta development stage.

Availability will first be made to the loyal Patreons for a temporary closed beta but will soon be opened to all interested parties. During the development phase the team will be measuring traffic and applying emergency fixes and stability tweaks. “The smoother this runs the faster we’ll have it out for you guys.” Check out the demo video below to learn more about the Skyrim Together mod when used in Conjunction with the Beyond Skyrim – Bruma mod.

The Skyrim cooperative mod Skyrim Together has been under development for a number of years and was unfortunately denied the chance by Bethesda to be distributed via Steam.

– Open-Beta – I want to firstly explicitly say that this will be a short closed-beta, the intention is to release it publicly shortly after. We currently have no release date of either the closed or open beta, the open will be announced potentially a week or two after the closed.

– What will be in the Beta? – We won’t be feature locking anything – anything we have shown previously will be available. We do however have some features disabled due to bugs / potential crashing, this includes:

1. Shared Containers – This will include NPCs
2. Dropping Items – Items will not appear
3. Factions and Bounties
4. Object Sync

– How many players per Session? We are currently hard capping each session to 8 players. This has potential to be increased and will be investigated in the future.

– Server Location – Currently we have servers located in the EU, additional servers will be added to help compensate influx and distant players. These servers will be closely monitored to check stability and growth. Once we have a larger playerbase we’ll be able to determine additional locations quickly.

– What’s next? – We’ll be having a second announcement for the Closed-Beta release, no date is currently set but it shouldn’t be that long from now.