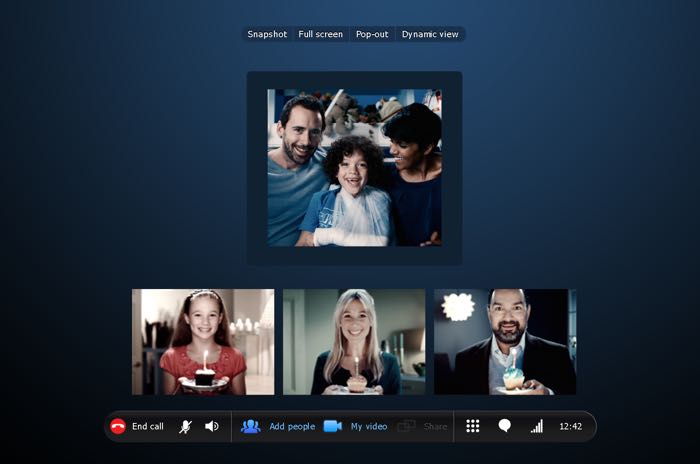 Skype has announced that they are bringing group video calls to their Skype app on the iPhone and iPad, Android devices and also Windows 10 mobile devices.

The company also announced that it has been 10 years since their launched free video calling and they said that over 2 trillion minutes of video calls have been made in the last 10 years.

Ten years ago, NASA’s Stardust mission successfully brought back interstellar dust from a comet and the cloud existed only in the sky. That same year, Skype launched a new innovation – free video calling. Yes, it really has been a decade since Skype changed the way people connect with their loved ones. 6 years ago, we innovated again with one-to-one video calling on mobile phones. Today, we are excited to announce the next evolution – group video calling on Android, iPhone, iPad and Windows 10 Mobile.

You can now pre-register over at Skype to try out the new group video calling service on mobile devices when it launches.

There are also more details about the service over at the Skype blog at the link below, it looks like the service will launch on Windows 10 mobile first and then on other platforms.