Skype posted a video on YouTube last Friday, which has subsequently been made private that shows a new Skype iPad app, luckily someone managed to get their hands on the video, and the guys from Razorianfly have uploaded it to YouTube.

It looks like Skype intends to take on Apple’s FaceTime on the iPad 2 with their new Skype app, which is expected to be officially launched tomorrow, have a look at the video of it in action below. 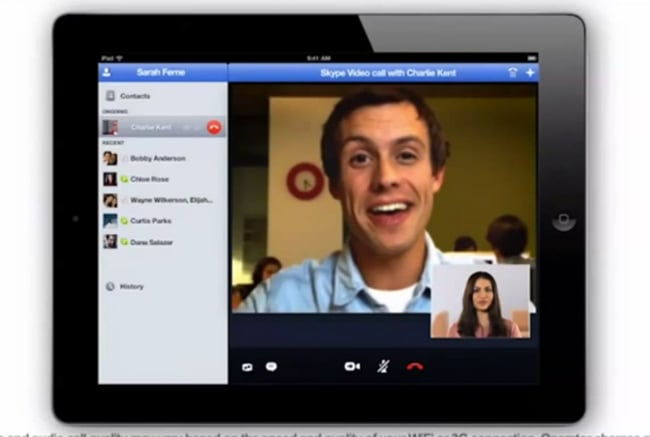 It looks like Skype will offer both WiFi and 3G video calling, and it looks pretty good from the video, as soon as we get full details of all the features in the Skype iPad app we will let you guys know.