Microsoft has this week released new updates for its SkyDrive cloud storage service which is either the number of new photo and sharing features for users to enjoy.

The new features added to the SkyDrive service had been specifically designed to provide users with cloud storage for digital media and now supports more file types including animated gifs, new editing features, as well as more ways to share your photos, and new controls for what you’ve shared. 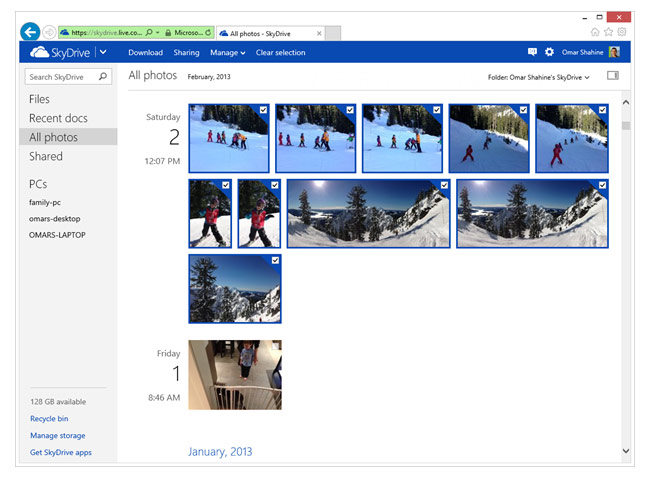 SkyDrive now supports higher DPI displays by measuring the DPI scale of your device and if supports SkyDrive will then show higher resolution photos and thumbnails. Microsoft explains:

“We’ve been seeing more and more mobile phone photos coming to SkyDrive via automatic upload and the camera roll feature on Windows Phones and Windows 8 tablets and PCs.

And second, people are capturing more and more of their everyday photos with their phones—photos of birthday parties, pictures of their kids, and snapshots of things they see and want to buy or research later. But our existing sharing controls required that you move your photos into folders to share them, or only share them one at a time. And that just made it harder than it should be.”

Other new features in the SkyDrive cloud storage service include image rotation, photo filters enabling you to filter the photos in this view to a specific folder in your SkyDrive. For more information on the new SkyDrive update jump over to the Microsoft website for details.