Microsoft has today announced that it will be rolling out its new SkyDrive storage service to its Xbox 360 gaming consoles via Xbox Live this week.

The announcement made by Microsoft today also included news that more than 40 new applications would also be arriving on the Xbox Live between now and the spring of 2013. Check out the full list of all new Xbox 360 applications after the jump. 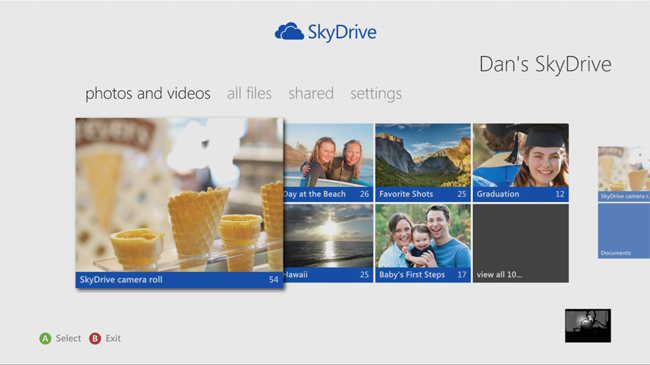 “The entirely new SkyDrive experience for Xbox 360 spotlights your photos and videos. The app connects the cloud to your Xbox and TV: every photo, video, movie, and other file you put in SkyDrive from Windows or the web will be available on your Xbox-connected TV. Your Windows Phone is also now connected to Xbox and every photo you snap can be available on your TV automatically.”

For more details on specific applications visit the Major Nelson website for specifics, and check out the video below to see what you can expect from Microsoft’s SkyDrive integration with their Xbox 360 gaming console.