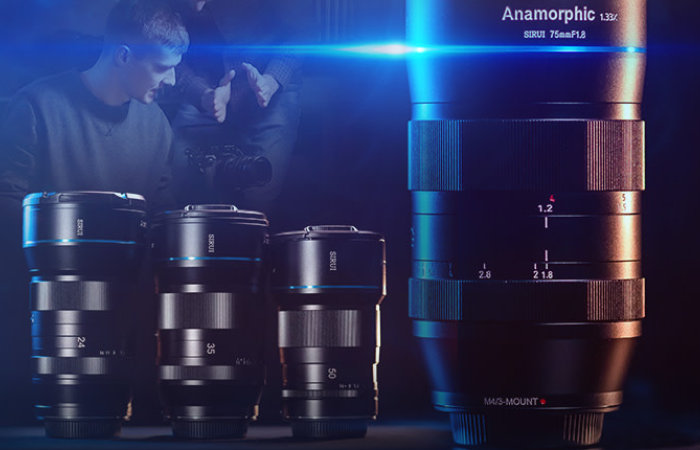 Photographers searching for a anamorphic lens may be worth investigating the SIRUI 75mm which is coming to the end of its successful crowdfunding campaign which has helped the project raised over $600,000 thanks to nearly 1000 backers. Only a few days remaining on the Indiegogo campaign but special offer pledges are still available. For those of you unfamiliar with the anamorphic format is the cinematography technique of shooting a widescreen picture on standard 35 mm film or other visual recording media with a non-widescreen native aspect ratio providing a true cinematic feel with modern photographic equipment.

Backer early bird pledges are now available for the recently launched project from roughly $669 or £482 (depending on current exchange rates). If the SIRUI 75mm campaign successfully raises its required pledge goal and the project progresses smoothly, worldwide shipping is expected to take place sometime around . To learn more about the SIRUI 75mm F1.8 1.33x Anamorphic lens  anamorphic lens project review the promotional video below.

“Staying true to its mission, SIRUI now comes back with its 75mm F1.8 1.33X Anamorphic lens, whose horizontal appearance is similar to the 85mm on APS-C sensors. So far, SIRUI APS-C anamorphic lenses are all in place to ignite your passion for shooting. Designed with a unique structure, the lens squeezes images down 1.33 times horizontally to fit onto the camera sensor, which you then have to desqueeze in post. Images produced in this way would be in 2.4:1 wide-screen aspect ratio and of high resolution, way better than that of just cropping and adding black bars.”

For a complete list of all available campaign pledges, stretch goals, extra media and engineering specifications for the anamorphic lens, jump over to the official SIRUI 75mm crowd funding campaign page by following the link below.