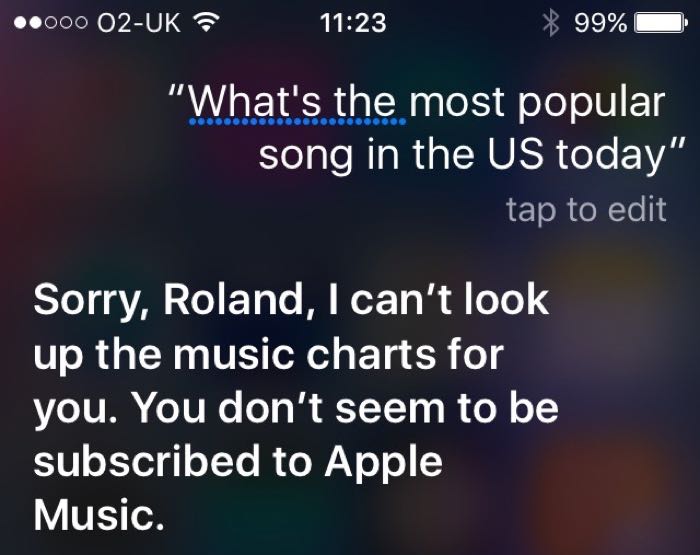 It looks like Apple’s Siri is attempting to get people to sign up to Apple Music, if you ask Siri certain questions, then it will reply saying that it cant help you because you are not subscribed to Apple Music.

We asked Siri what the most popular song in the US was and Siri responded saying that it couldn’t look it up because I was not subscribed to Apple Music.

As I live in the UK I thought I would ask Siri the same question about the most popular song in the UK, this time I got a different response and Siri showed me results from the web for the UK charts. 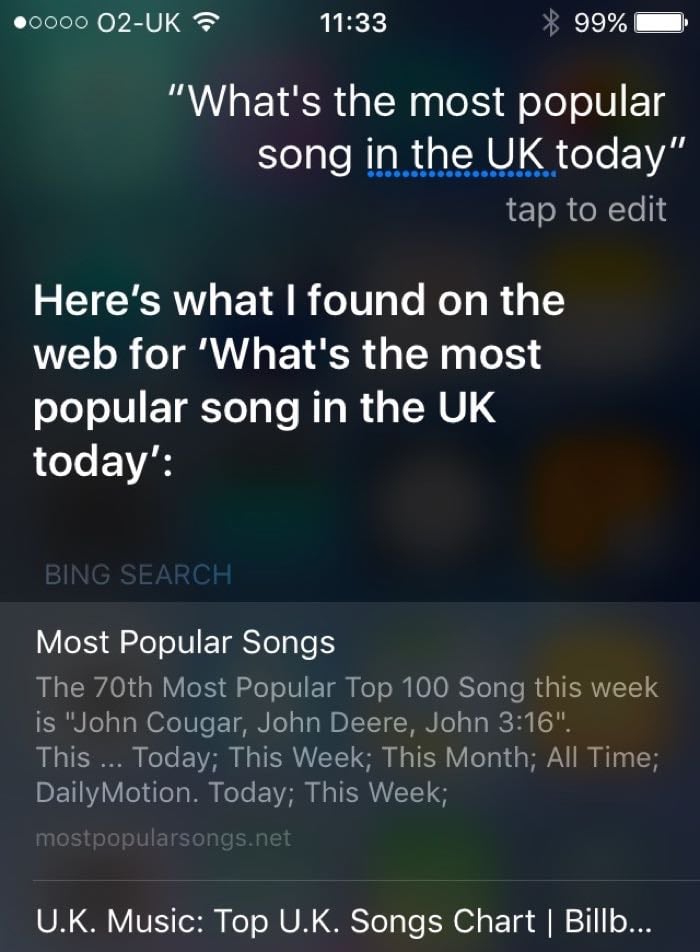 It is not clear as yet on why Apple’s Siri wont give you details on the most popular song in the US, obviously not being subscribed to Apple Music is no reason that Siri should not provide the information.

We doubt that this will help Apple get more Apple Music subscribers, we suspect it may have the opposite effect.