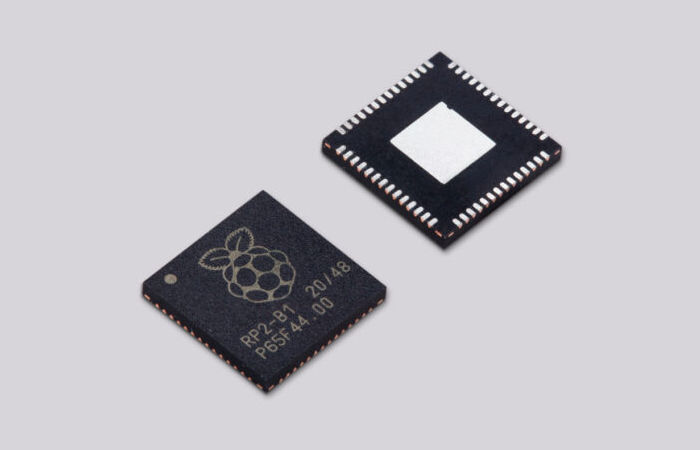 The official Raspberry Pi Foundation has today announced the availability of its new RP2040 as single chips from just $1. RP2040 chips are now available from the companies “Approved Reseller” partners in single-unit quantities, allowing you to build your own projects and products on Raspberry Silicon, 2 mm² of 40 nm silicon, in a 7×7 mm QFN56 package.

Features of the Raspberry Pi RP2040 :

– Two fast CPU cores. A pair of ARM Cortex-M0+ cores, clocked at 133 MHz, provide ample integer performance. Use one core to run application code, and the other to supervise hardware; or run application code on both cores with FreeRTOS or MicroPython.
– Plenty of RAM. With 264KB of RAM, you can concentrate on implementing features, not optimising your application for size. A fully connected switch connects ARM cores and DMA engines to six independent RAM banks, allowing you to squeeze every last drop of performance out of the system.
– Flexible I/O. We provide all the usual interfaces: hardware UARTs, SPI and I2C controllers, USB 1.1, and a four-channel ADC. But it’s the programmable I/O (PIO) subsystem that makes RP2040 stand out, enabling software implementations of protocols including SDIO, DPI, I2S, and even DVI-D. 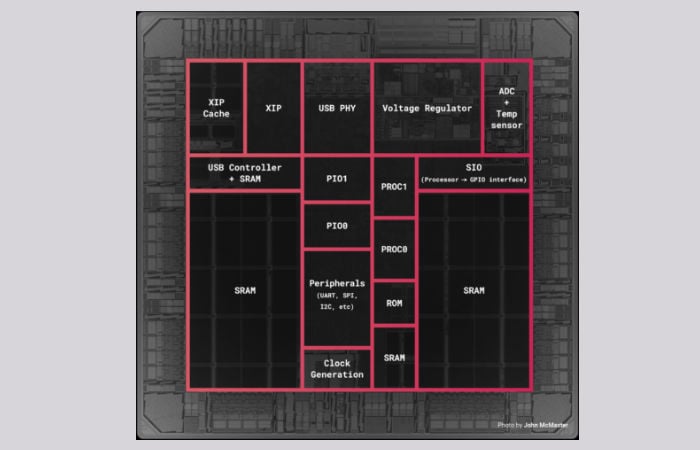 “A lot has happened since January. We’ve shipped over 600,000 Raspberry Pi Picos, and have taken orders for 700,000 more. Graham has continued to build out the SDK, most recently adding FreeRTOS support. …(Some) maker businesses that have found themselves effectively unable to build products this year due to the global semiconductor shortage.

Based on this experience, we’ve decided to pull about 40,000 units of RP2040 out of the supply chain and boot up single-unit sales via our Approved Resellers, roughly three months earlier than we’d intended. This will give people time to develop their projects and products, while we clear out the rest of the Pico backlog and scale up production of RP2040. In the autumn, we’ll have some serious volume available for anyone who needs it.”