Players of the latest SimCity game created by developer Maxis are sure to enjoy this new four-minute trailer which has been released to provide a glimpse of what you can expect in the new SimCity Cities of Tomorrow expansion that will be launching next month.

Maxis’s SimCity Lead Designer Stone Librande walks you through the new SimCity Cities of Tomorrow expansion, explaining the new features that will be include such as at the multi-zone MegaTowers, new city specialisation’s. 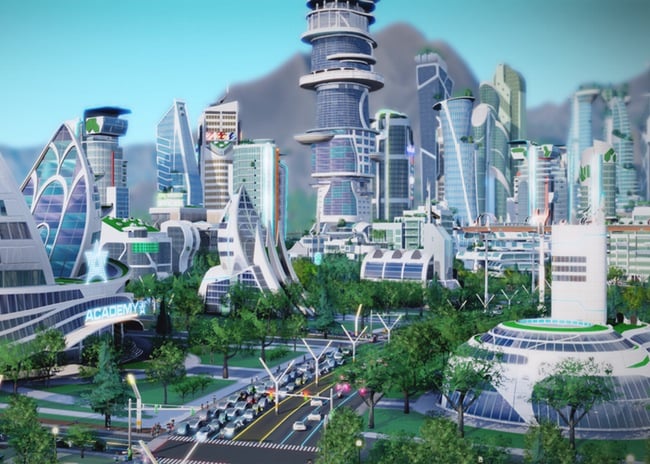 The new city specialisation’s include The Academy and OmegaCo, and new improvements for SimCity cities based on plausible future technologies. Maxis is also currently developing a new and highly requested off-line mode which should be launched sometime in the near future.

“Watch your city transform as it adapts to the changing times, with new options based on real-world technology such as Mag Levs that rise above the city streets and small buildings, futurized vehicles, and service drones.

Unlock two new city specializations that allow you to build a resource-hungry mega corporation powered by a low-wealth workforce, or an urban utopia that develops clean technology and is controlled by the rich.”