Many companies including car manufacturers are coming up with green ways to power their vehicles, but what could be greener than an electric bicycle that is powered by water.

The Signa bike is powered by electric fuel cells that can run for up to 60 miles, the fuel cells are made up almost totally from water, they also uses a sodium silicide powder, which is added to water and instantly creates hydrogen gas, which is then used to develop the electricity. 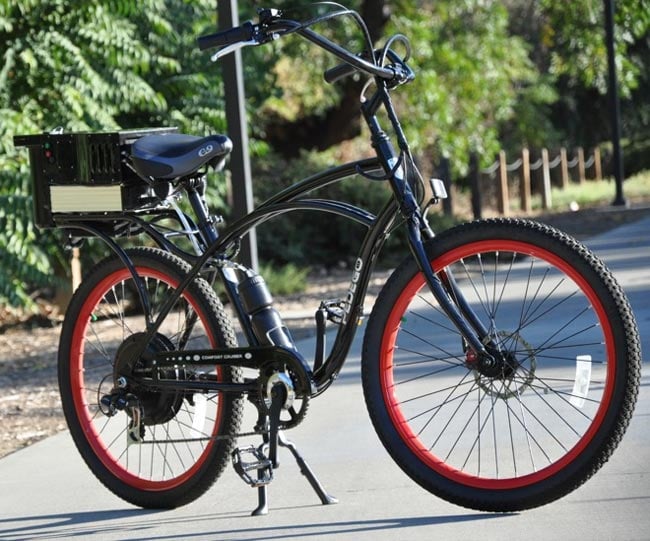 The fuel cells have been added to the bicycle to show what applications it could be used in, and the cartridges can easily be swapped out when empty and replaced by a full one.

No Hydrogen is actually stored in the fuel cells, which makes it safe, and any extra electricity produced by the fuel cells is stored for later use. The units which are being tested at the moment can output up to 1 Kilowatt of electricity.

The fuel cells could also be used in other methods of transport, like cars and larger vehicles, and all you would need to do to fill up your car is swap the fuel cell,

It certainly sounds very interesting, although I am sure it is a few years off just yet until we are able to pop down to our local gas station for a new fuel cell.