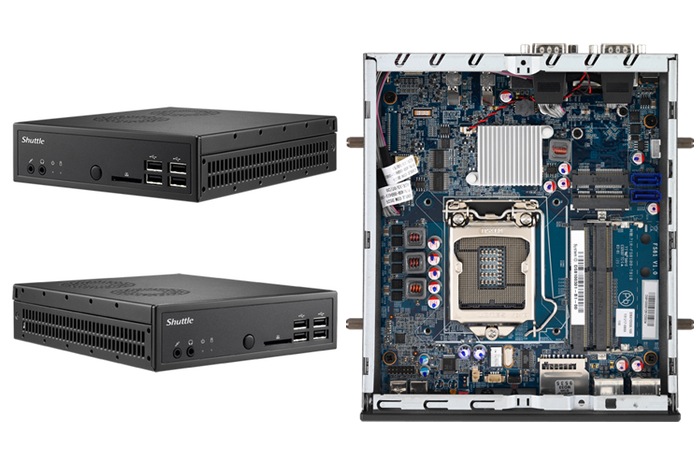 Inside the Shuttle DS81 is fitted with a SATA 3 connector a SATA 2 connector, a single 2.5-inch bay and two expansion slots including a full size Mini-PCIE socket (m-SATA support) and a half sized Mini-PCIE socket.

“The DS81 features Shuttle’s exclusive heat pipe cooling module with smart fan design. The precise vent design allows for constant air circulation between the inside and outside of the machine, resulting in high stability and low noise for long-term operation. The DS81 adopts ball bearing fans for longer life span than traditional sleeve bearing fans.”

Shuttle has created the Shuttle DS81 for “high-performance vertical markets,” including digital signage and the new mini PC will be available to purchase next month for around €178 in its barebones version. For more information on the new Shuttle DS81 jump over to the Shuttle website for details. 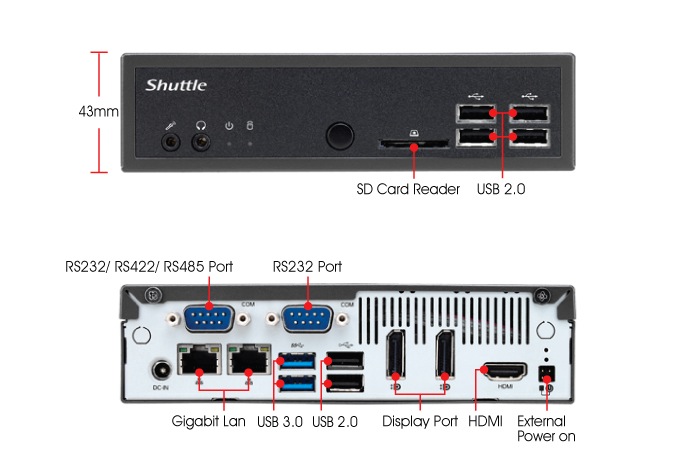