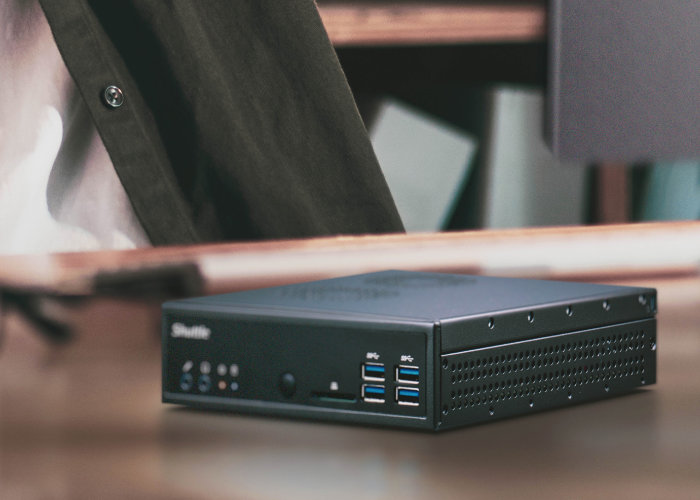 It has been eight years since Shuttle last introduced and AMD based mini PC system, this week AMD is once again being incorporated into Shuttle’s product range with the introduction of the new XPC DA320m, a Barebone mini PC from the “XPC slim” family supporting AMD Ryzen CPUs in Socket AM4 and up to 32 GB of RAM.

“The XPC slim DA320 from Shuttle is a robust 1.3-litre Barebone PC with Socket AM4 for AMD desktop processors with integrated Radeon Vega graphics up to 65W. It allows for up to three Ultra HD displays to be operated at the same time via HDMI 2.0 and DisplayPort 1.4 and offers dual Gigabit-LAN, eight USB ports, and two COM ports. Its slim metal chassis comes with a VESA mount included, provides versatile connectivity, and reliable operation in environments with ambient temperatures of up to 50 °C. The DA320 is targeted at professional applications such as Digital Signage, POS, POI, gambling machines, office, healthcare, and industry.”

Like all Shuttle products in a 1.3-litre format, this solution is also regarded as particularly robust. The AMD Radeon graphics unit which is integrated into the processor works well with up to three UHD displays which can be connected via HDMI 2.0 and DisplayPort and used simultaneously.The DA320 mini PC can also be equipped with a 2.5″ drive and two M.2 modules. Typically WLAN in the M.2-2230 slot and a fast NVMe SSD in the M.2-2280 slot and the system is fitted with a dual fan cooling system consisting of heat pipes and a 120 Watt external power adapter to ensure reliability, even under heavy load. 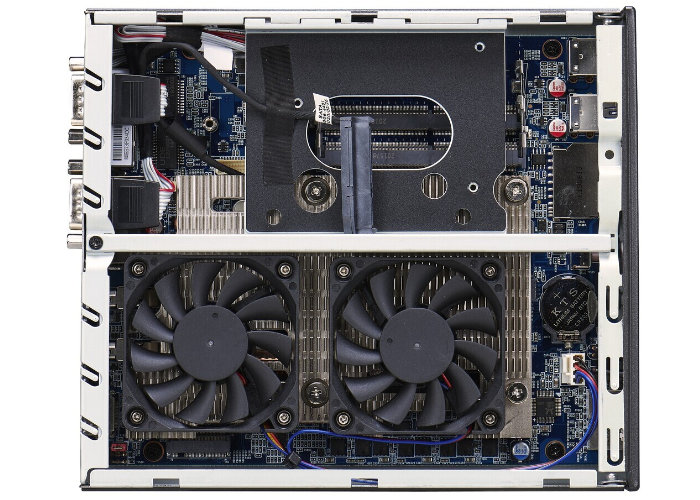