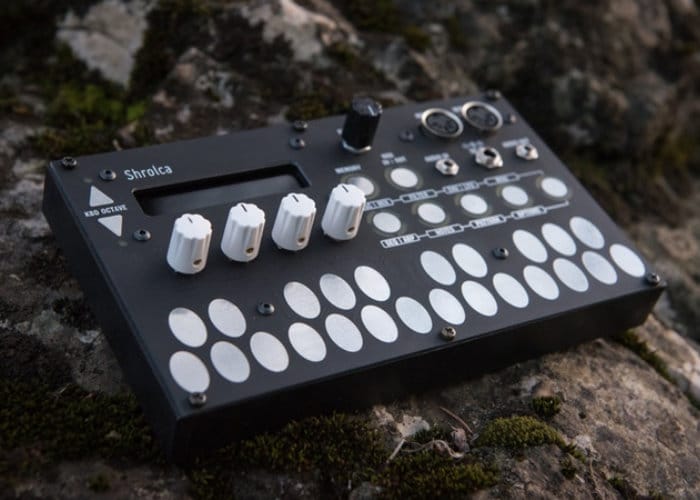 A new synthesiser has been launched via Kickstarter this week in the form of the Shrolca digital wavecycle synthesiser which is now available to back with early bird pledges available from $250 or roughly £190. The team behind the Shrolca synthesiser are hoping to raise $13,000 over the next 30 days and are already closing in on the goal thanks to early adopters. Watch the demonstration video below to learn more about the digital wavecycle synthesiser which takes the form of a “Mutable Instruments Shruthi synth with touchplate keyboard, Volca sized(but shallower) w/ analog 24db ladder filter.”

“The Shrolca is one of the most powerful synthesizers for it’s size made today. The foundation is the Mutable Instrument’s Shruthi. The Shruthi has a powerful sound engine and analog filter. This offering is no different. It has the same Digital wavecycle oscillators and sequencers and modulation matrix with a classic transistor ladder 24dB voltage controlled filter. Our other inspiration was the popular Korg line of mini synthesizers, the Volca series. We have included a touch activated MIDI keyboard that makes performances in the closet fun! The prototype featured on this campaign page has a wooden box but, the production unit will have a machined aluminum body that is less than an inch deep.”

For full specifications and a full list of all available pledges jump over to the official Kickstarter crowdfunding campaign page by following the link below.