Really huge. As in the largest floating vessel on Earth and in all history. To cut costs and be more efficient in its operations, Shell are building a huge floating rig off the coast of Australia to tap into Down Under’s massive LNG reserves. Dubbed the Prelude FLNG (Floating Liquid Natural Gas), the ambitious plan is a first in the energy industry and may indicate that future economies will still have a huge appetite for traditional sources. 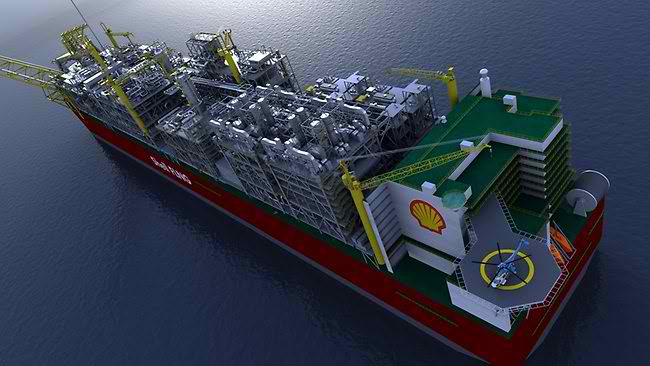 The Prelude FLNG is already on its way to be, uh, underway. Expect a mammoth construction project that might get a spot on the Discovery Channel some day.

The floating facility will chill natural gas produced at the field to –162°C, shrinking its volume by 600 times so it can be shipped to customers in other parts of the world. Ocean-going carriers will load the LNG as well as other liquid by-products (condensate and LPG) for delivery to market.

The Prelude FLNG facility will be 488m long, 74m wide and will displace around 600,000 tonnes of water. It will be the largest floating offshore facility in the world.

The Prelude FLNG facility will be built at Samsung Heavy Industries’ Geoje Island ship yards in South Korea. The Samsung ship yard is one of the few yards in the world big enough to construct a facility of this size.

Once constructed, the facility will be towed to its location, approximately 475 kilometres north-northeast of Broome, Western Australia. The facility will be moored and hooked up to the undersea infrastructure and the whole production system commissioned.