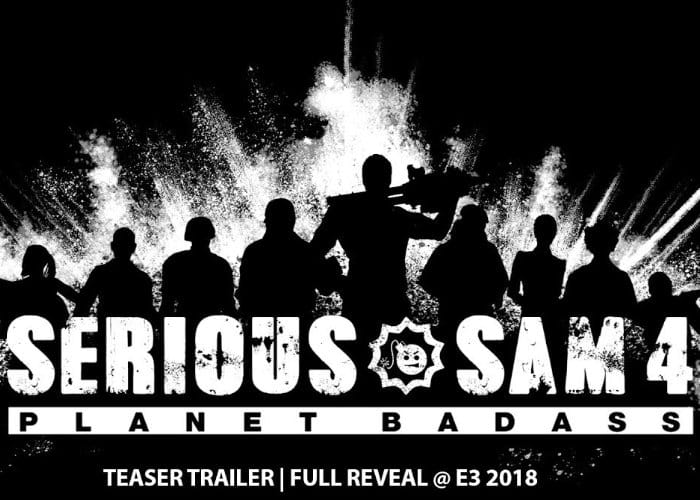 To whet your appetite for the new Serious Sam 4 game entitled Planet Badass, the games developers Croteam have released a new Serious Sam 4 teaser trailer providing a first glimpse at what you can expect from the next game in the ongoing series. Serious Sam 4 Planet Badass has been created to reignite the “legendary series and elevates the iconic full-throttle gameplay”, offering players massive hordes of enemies to annihilate using a wide variety of different weapons all built on Croteam’s Serious Engine.

Later this year during E3 2018 developer Croteam and publisher Devolver Digital will present the game with a full reveal. “Featuring the world-renowned signature Serious Sam gameplay on a brutally bigger scale, and not a single desert level, Planet Badass will make its debut @ E3 2018.” This week the official Steam game page has been made available allowing gamers to add Serious Sam 4 to their wish list.

Unfortunately, no information on a release date has been announced as yet by either developer or publisher, but as sooner small information is made available we will keep you up to speed as always. In the meantime enjoy the teaser trailer ahead of the E3 2018 full reveal in a few months time.