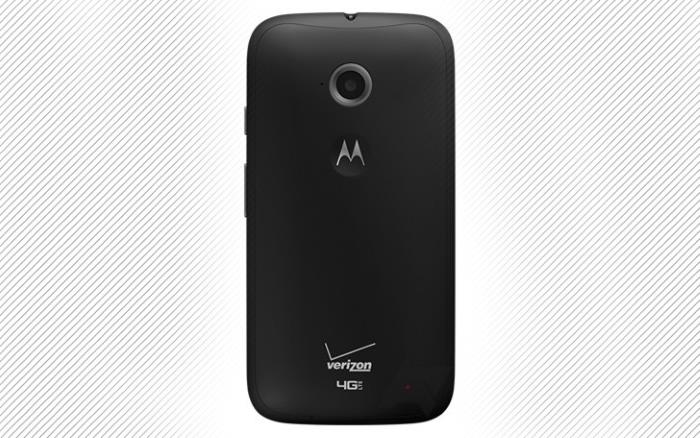 Motorola has some excellent budget-friendly handsets in its product portfolio with Moto E being one of the cheapest one. Not too long ago, the alleged handset was spotted on Best Buy for a short span of time, and now, the handset has made yet another unofficial appearance.

Recently, the alleged Moto E made another appearance, and is expected to hit retail on Verizon. And best of all, the handset will come with support for LTE as it can be seen from the image above.

The second generation Moto E will apparently come with a few improvements over its predecessor, boasting a 4.5-inch display sporting a resolution of 540 by 960 pixels, a 1.2Ghz quad-core Snapdragon processor paired with 1GB of RAM and 8Gb of internal storage coupled with a microsD card slot for expansion.

On the rear, the alleged device is expected to feature a 5MP camera for photos and videos, 0.3MP front-facing camera and Android 5.0 Lollipop as its operating system pre-installed out of the box.

There’s no word from Verizon about its existence, but it’s launch shouldn’t be too far off judging by the number of leaks. We’ll update you as soon as the handset is officially announced.