Scratch Markup Language (SML) is a new file format that has been created and developed by F.A.T with the sole purpose of being able to record and replaying turntablism. The new file format has been entered into this year’s Art Hack in Brooklyn.

Open-source tools have also been developed that enable DJ’s to accurately capture record and crossfader movements of a scratch. Which can then be analysed, transcribe, and used to recreate scratch performances. Watch the video after the jump to see it in action. 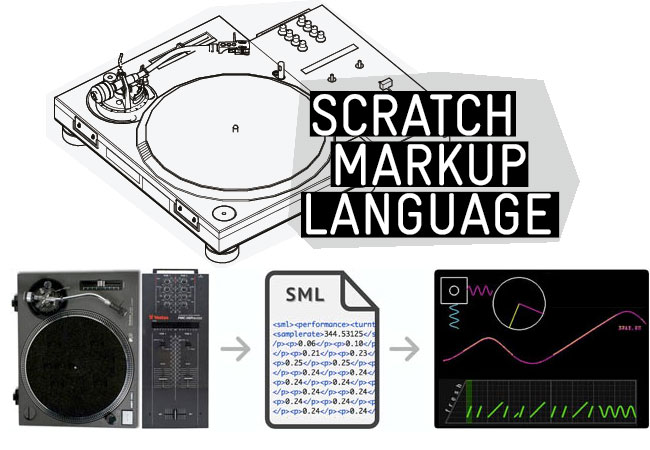 The scratching data, is recorded and captured by an Arduino device, to monitor the position of the crossfader, which was paired with a timecode vinyl (used as an input by digital DJing systems like Torq, Serato, and Traktor) to keep track of how the decks were manipulated.

During the Brooklyn Art Hack, the recorded data was also converted to the open OSC format, which enabled other participants to create visualisations that reacted to the DJ’s performance.