With Toshiba Tec’s supermarket scanner, it would only be a matter of time before we say buh-bye to barcodes. Toshiba Tec’s newly developed Object Recognition Scanner recognizes the object itself by identifying it via a camera. 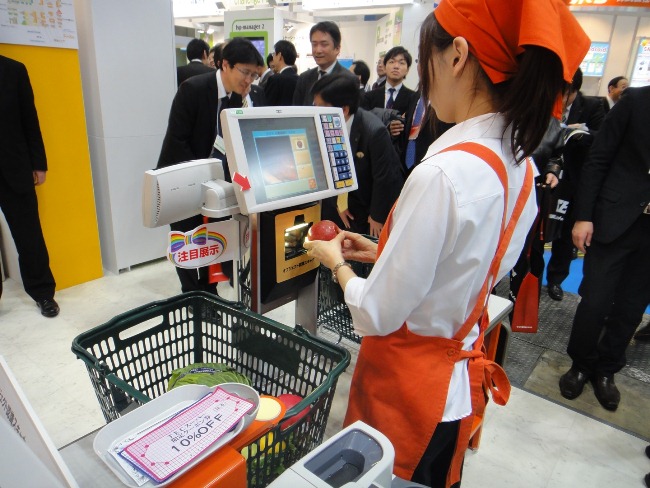 This is great since fruits and vegetables don’t usually have barcodes since they’re put out while they’re fresh. When the produce is scanned through a camera, it does away with the hassle of inputting codes at the counter.

The scanner uses a pattern recognition technology developed by Toshiba. The camera recognizes the merchandise and reduces the background to noise by darkening it.

By eliminating the background, the scanner recognizes objects pretty fast. This may relieve us shoppers with those long pestering counter lines.

In a test, the scanner recognized three different kind of apples (Fuji, Jonagold and Mutsu), which might look the same to any consumer, through color and pattern differences. Aside from fruits, the scanner can also recognize beer cans and coupons.

To increase productivity, the scanner will be fed a database so it doesn’t have to learn all the products on its own.