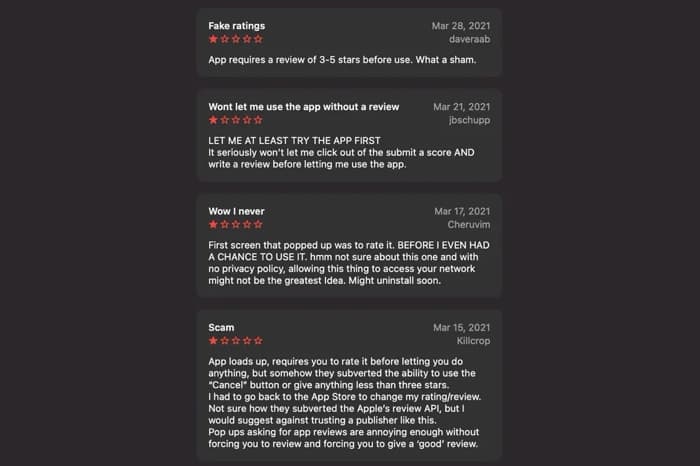 A scam iPhone app has been discovered on the app storage that will not function until you leave the app a good review.

The app is called UPNP Xtreme, we won’t link to it, the app was discovered by Kosta Eleftheriou and you can see the app and its dodgy behavior in the tweet below.

The review: “This app forced me to give it a good rating before I could use it.”

When you open the app you will have to give it a rating of between 3 and 5 stars in order of its to work, the app rating pops up as soon as you open the app. As we can see in the photo above, some users were able to give bad reviews for the app.