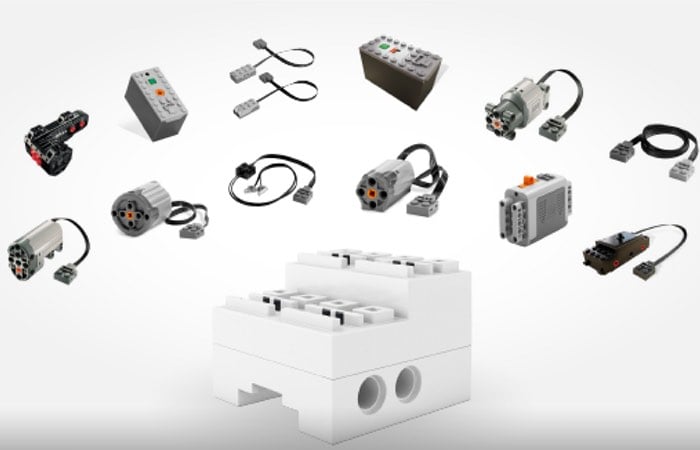 LEGO builders that are looking for a way to trigger, code and remote control their new LEGO builds, might be interested in a new control brick which has been created by Mark Bollobas called the SBrick Plus.

The SBrick Plus is equipped with sensors and micro-controllers, and has been specifically designed to make learning as much fun as playing and provides an easy way to make interactive projects using LEGO bricks you may already own.

Watch the video below to see a demonstration of how the SBrick Plus can be used in conjunction with LEGO bricks to create a wide variety of different project. The creator of SBrick Plus explains a little more about its design and inspiration.

SBrick Plus is a brick that you can place into your LEGO models so you can control them remotely using a smart device like a phone, tablet, gamepad or even Chromebook or PC. That’s just the tip of the iceberg though; SBrick Plus can use sensors from the WeDo 1.0 family can be programmed in several languages, so it’s a perfect way to start your journey into programming and robotics!

Even though the Technic™ family and Education™ products are both LEGO, there has been no overlap between the two until now. SBrick Plus removes this barrier between the two families and brings those worlds together seamlessly. SBrick Plus is the first product to work with Apple’s educational language, Swift Playgrounds. Everyone can code with SBrick Plus.

For more information on the new SBrick Plus jump over to the Kickstarter website for details by following the link below.