Check out this Samus Aran costume built by 11-year old Joseph DeRose, Metroid fan and his father in preparation for Halloween. The pair still have a little work to do on the complete costume but the arm canon is ready for action. Watch the video after the break to see it in action. 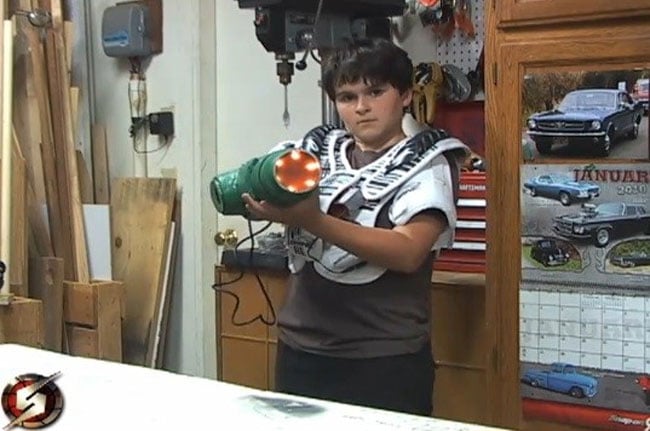