Reviewing the specs of this attractive new kitchen appliance from Samsung makes you wonder what was going on in the minds of the engineers who built it. Take this: It’s a traditional oven/microwave/steamer that’s voice activated and includes 160 cooking combinations. 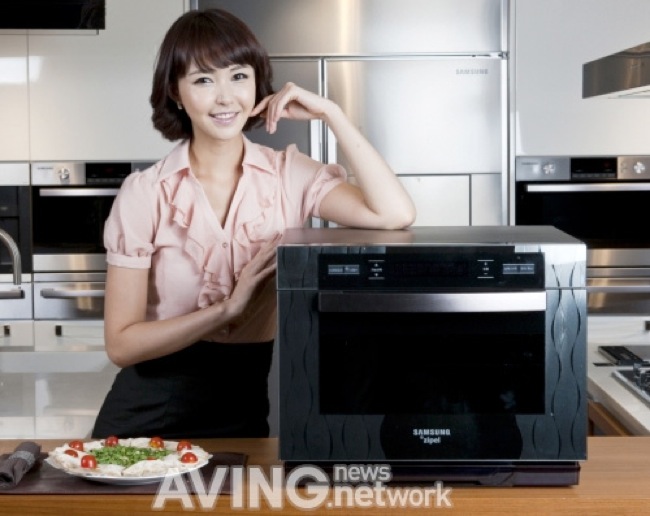 Even better, the online buzz that has circulated so far suggests there’s nothing this baby can’t cook. Plus those dials that become greasy with use are done away with thanks to a near-invisible panel of touch controls.

Though marketed to Korean households, those who’ve gotten wind of Zipel predict its success among the U.S. college crowd. You just have to admit how attractive Zipel’s versatility is.

With this thing around your kitchen, the hardest work you’ll ever have to do that’s cooking-related is cleaning the dishes after (which it unfortunately does not do).

The version that comes with a steamer will set you back $600 but the price drops to an affordable $250 if you forego that particular feature. Now if only it could play classical music while you’re cooking roast chicken in its own succulent juices.