Samsung has announced that it has updated its Series 7 Gamer laptop with some new features. The feature you notice first is probably the new yellow color. The most important feature though is that the 17.3-inch screen now supports 3-D. 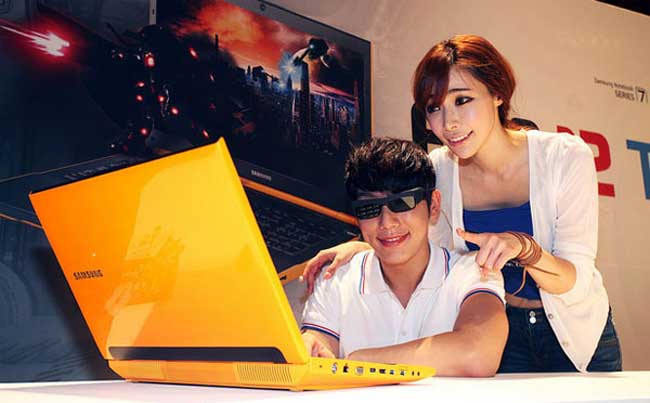 It appears that the 3-D glasses used in the system are passive and the notebook also gets updated Radeon HD 7870M GPU. The display has a brightness rating of 400 nit and a resolution of 1920 x 1080. The processor inside is an Intel Core i7-3610QM.

The notebook has a 1 TB hard drive inside for mass storage and also includes a 128 GB SSD for the operating system and other files that could benefit from faster loading. The notebook comes standard with 8 GB of RAM and can be upgraded to 16 GB of RAM. The machine will launch this month in Asia at a price equating to $2648 in the US.