Samsung are reportedly working on a new Android smartphone for their Galaxy range that will come with a massive 5.8 inch display, and the handset will apparently be launched in Europe initially.

The device is rumored to be called the Galaxy Fonblet, and will apparently come in white, and will be running Android 4.1 or 4.2 Jelly Bean, the photo below is of a Samsung Galaxy Player, which comes with a 5.8 inch display, so may give you an idea on how large this new smartphone will be. 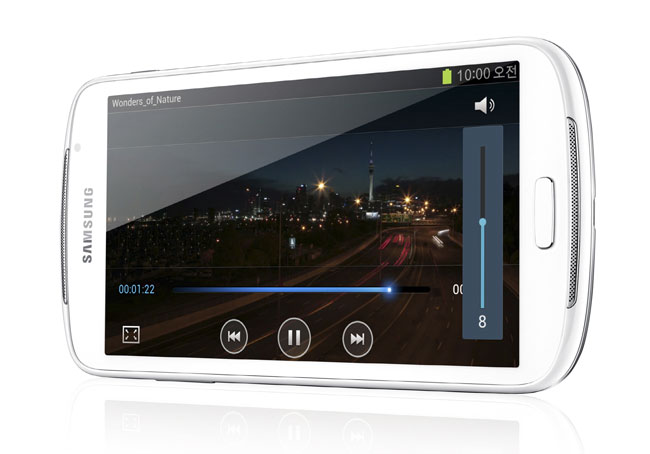 There are no details as yet on any specifications for this new 5.8 inch Galaxy smartphones, although we presume it will come with Samsung’s latest Exynos processor, as soon as we get some more information we will let you guys know.